I sat down thinking that not much has changed in the past month – Mara is still sleepy, sweet, snuggly and overall a great baby – but she has hit a few exciting new milestones since my last update.

We finally started offering the pacifier, around 6 weeks. It took her a few days to learn how to keep it in her mouth, but now that she’s got the hang of it the pacifier really helps during her evening fussy time. Before, she would act hungry then cry when I would try to feed her, then pass out for a few minutes, repeat. All during dinnertime and bedtime for Corban… so evenings were rough. The paci has helped a bit with that.

Speaking of eating, Mara is the opposite of Corban – she eats super fast and doesn’t like to linger and suck for comfort. 5 minutes is an average nursing session. We have had some issues this month as my milk supply regulates and found that nursing lying down works best for us so the flow isn’t as fast.

It’s hard to believe, but until last night I hadn’t been apart from Mara for more than an hour (to run an errand once or twice). Last night Peter and I went out for the first time without her, so she had her first bottle (no major issues). It was nice to have a tiny bit of freedom! We were only gone for two hours, though. Baby steps.

As my dad put it, she’s like an appendage. 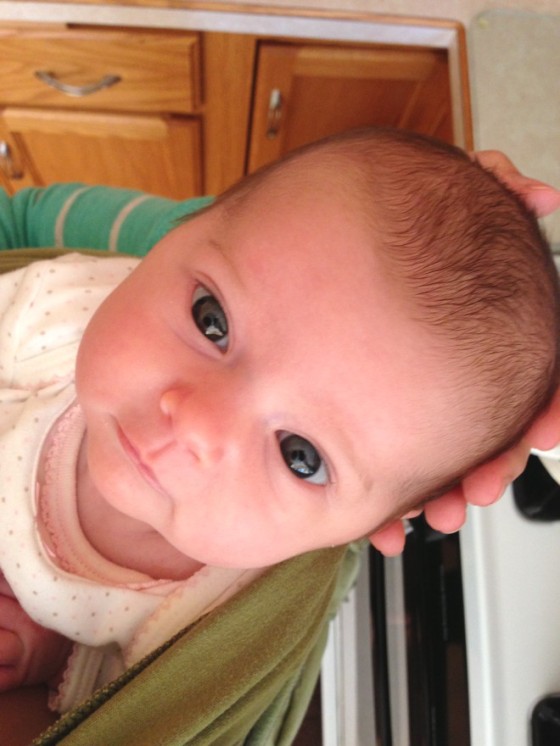 Mara goes where I go, and I don’t hesitate to get out and about. The Moby wrap has been essential!

Top of the tower at Holy Hill:

At the park with my mom:

Bundled up at the park with Corban (we’ve had a drastic shift in weather this month, as these photos demonstrate!):

She has now graduated past the newborn hold in the Moby, so her little legs dangle out. This helps me look like I’m actually carrying a child and I’m not just an oddly shaped person.

We switched fully to cloth diapers around 6 or 7 weeks. They fit her much better now. She’s growing so fast!

I’ll write an update on cloth diapering soon! Quite a bit has changed since my initial posts.

I love that Mara still will sleep anywhere. I know those days are probably numbered and am taking advantage of it before we have to start planning outings around her naps.

Nothing better than a baby snuggled on your chest! 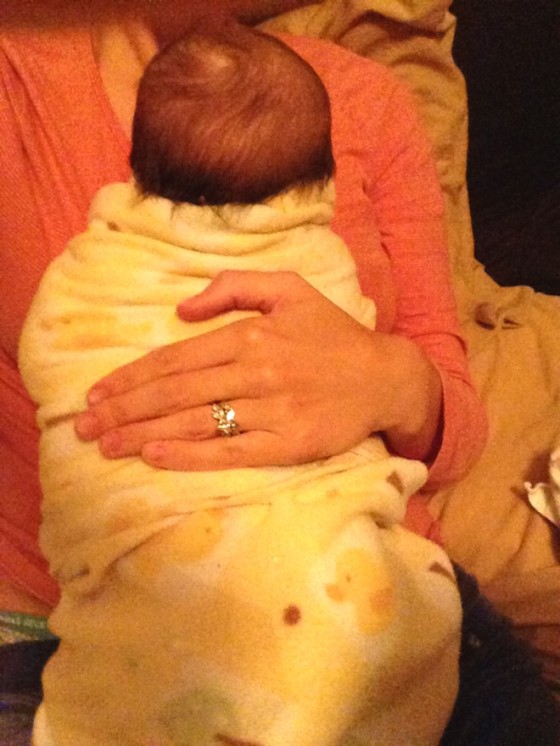 I still sometimes pause and marvel at the fact that I have a daughter. Two months later, it still seems surreal. Two kids. A boy and a girl. Whoa. (In the best sense of the word!)

One thing is certain: baby girl outfits are irresistible! Mara has been outfitted quite well with gifts from family and friends. 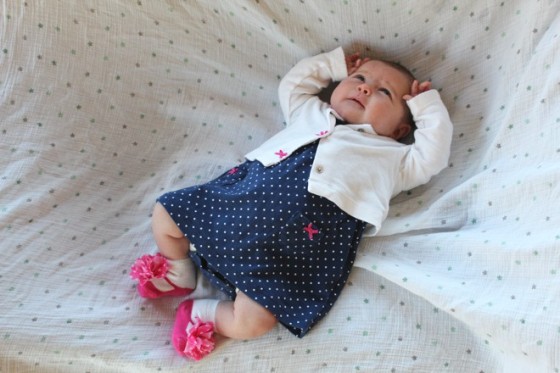 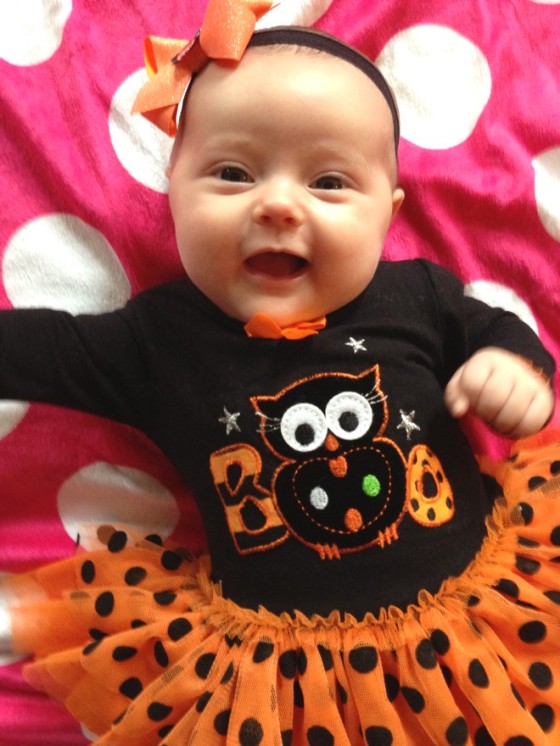 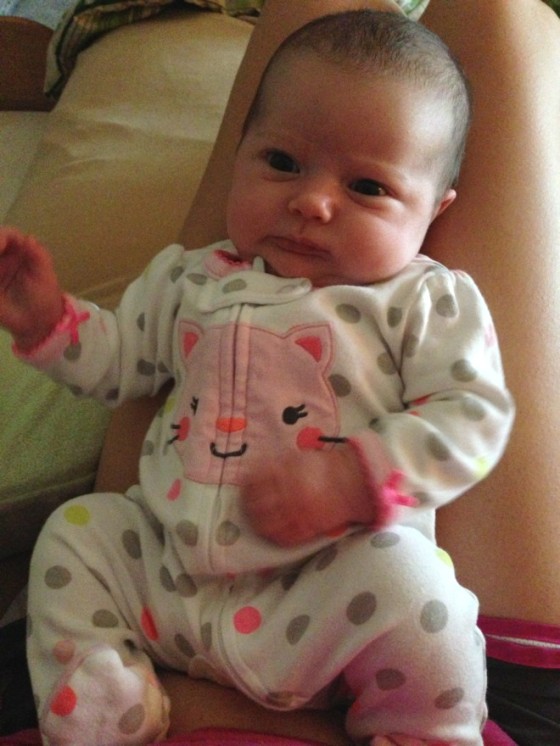 She has outgrown this outfit since the beginning of the month. She seems so small here!

Tummy time has become a fun game for Corban, and Mara has become quite advanced at it. She actually loves being on her stomach.

And although most of the time he’s doing his own thing, Corban has melted my heart with some tender moments with Mara. There have been a few times when he’s been touching her head and talking to her, and she just looks up and smiles at him. I am looking forward to seeing their relationship grow.

Leave a Reply to Laura B Cancel reply