After 14 months, we are officially done breastfeeding.

All I can think about in summation of that 14 months is WOW — breastfeeding is a wild, emotional ride. I had absolutely NO idea it was so emotionally complex. In fact, I basically knew nothing about it 14 months ago except what I learned in the class I took before Corban was born. I don’t think it’s even possible to really understand all the facets of breastfeeding until you experience it.

I’m so very thankful that, overall, Corban and I had a beautiful experience with it. (And I realize that sounds creepy to anyone who hasn’t done it!)

In the beginning, I had no idea how I would survive the pain, sleeplessness and long hours of nursing.

But slowly it got easier. And by six months I couldn’t bear to think of the day when I wouldn’t nurse my baby — or, rather, when he wouldn’t depend on me in that way. Just imagining it made my eyes well up.

But each new milestone and development that seems so distant eventually comes in perfect timing. So last week, when Corban nursed for the final time, it seemed a natural conclusion.

How did we get to that point? I admit, weaning was something that seemed intimidating at first, but we took it one step at a time. Here’s what that looked like for us:

0-6 months: Exclusively breastfed. No food except breastmilk for Little C.

6 months: Start introducing solid foods, but still nursing the same amount as before — almost all nutrition is still coming from breastmilk.

7 months: I go back to work full time (previously was part time) and Corban has two bottles a day while I’m at work. I pump twice a day at work.

10-11 months: I drop down to pumping once a day at work. All this time, Corban’s solids intake is increasing, and milk intake is slowly decreasing naturally.

12 months: We officially begin what I considered weaning. I stop pumping completely, and begin to wean Corban from nursing in the middle of the night. So we are down to nursing right when he wakes up and right before bed, and he has bottles of breastmilk during the day. I also stop nursing him during the day on weekends.

13ish months: He doesn’t seem to be very into the nighttime nursing, so we drop that but still feed him as much breastmilk as he will drink before bed. Still nursing first thing in the morning (my favorite feeding because it’s done while lying in bed).

14 months: By this point, he is nursing very little in the morning and only on the left side. He usually has a bottle after he nurses. We finally reach the very end of our freezer supply of breastmilk. So at 14 months and one week old, Corban nurses for the final time and switches fully to cow’s milk.

To be honest, the real reason we completely quit when we did is because Peter and I went out of town with friends — without Corban — and so that just seemed like a natural cut off point. I sure as heckfire wasn’t going to pump while we were away — and I don’t even think there was much left to pump anyway. Although I did have some times of discomfort at various points during the weaning process (most notably when weaning from the pump!), I didn’t feel anything at the end.

On our last morning of breastfeeding, I was a little nostalgic, but it just seemed right. Corban is a little toddler now, and though we both still enjoy plenty of snuggle time each morning and night (and during the day when I’m home), he hasn’t seemed to miss nursing. 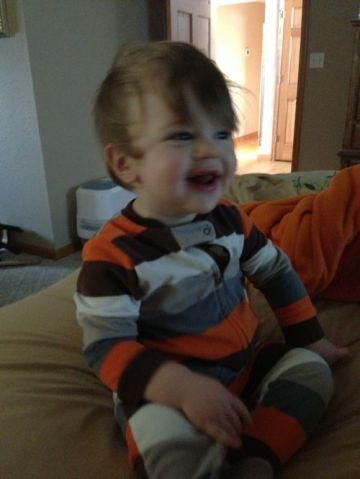 That final morning, Peter left early for a men’s church group, so Corban and I had time to ourselves. He nursed for a minute or so, then sat up. I asked if he wanted more, and he nursed a bit longer, then sat up again. Not quite ready to be done, I encouraged him to nurse one last time. He did, briefly.

When he finished, I just lay there, smiling at his sweet mass of bedhead. He sat on a pile of covers, laughing and making silly faces, and eventually crawling off to climb down and explore on his own. 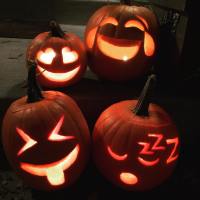 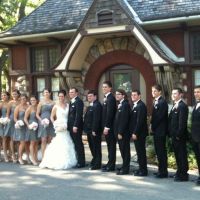