My baby is five months old today! He has grown and changed so much over the past two months (since my last Corban update) and especially in the last couple weeks. 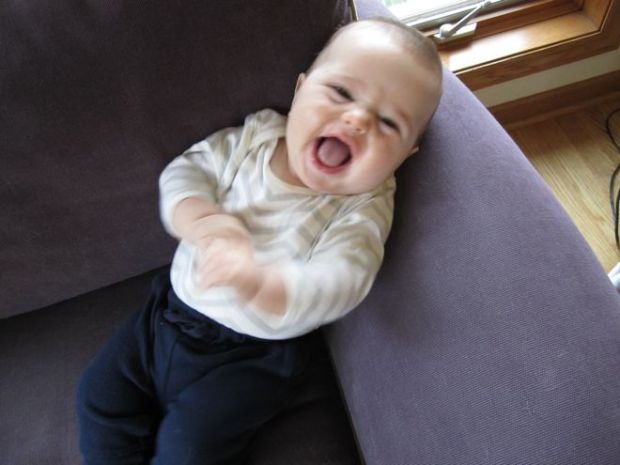 Age: 5 months
Weight: ~18 pounds
Diapers: Just started in on size 3
Clothes: Still in 6-month size for tops and pants, but 9-month fits better for rompers (what a silly word)
Hair: Not a ton left, but starting to grow in blonde underneath
Eyes: Grayish blue (still haven’t changed)
Swaddle: No more as of four months; now sleeps in a zippered sleep sack-type number
Bedtime: Falls asleep easily at 7 p.m. and wakes up 1-2 times during the night
Smiles: Almost any time we talk to him in an excited voice
Laughs: When we play silly games
Coos: Often, and is starting to make other noises too
Nursing: 5 times a day when I’m not working
Pumping: Sick of it, but do it twice during the workday (probably excessive)
Solids: Not yet
Mobility: Rolls over (as of one week ago) and is always on his stomach when I get him from the crib
Essential item: Oball rattle – he can easily grab and hold onto it (see below)

Corban is such a joy! He’s a very content baby and can happily hang out with me when I’m out and about or at Bible study, bridal showers, etc. just enjoying sitting in people’s laps. He gets passed around a LOT at church and with friends, family and coworkers, and he doesn’t mind a bit. I love that we have so many people in our life who want to hold him and be a part of his life. 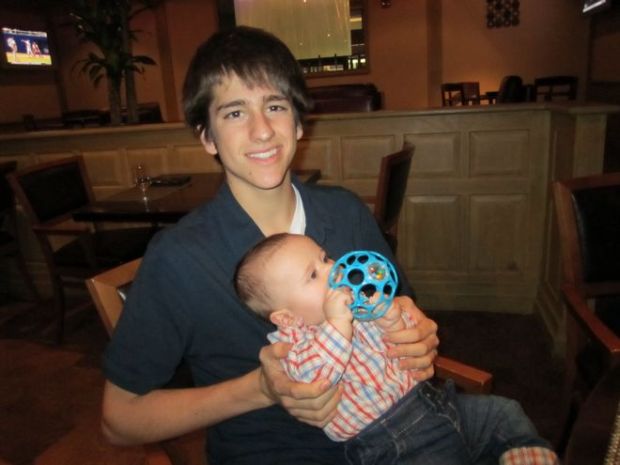 He saves his biggest smiles and laughs for Mommy and Daddy, though. He loves to interact with Peter and me and laughs when we zoom our faces close to his or lift him up and down above our heads. His laughs, as of the past couple days, have gotten more boisterous, and therefore, of course, even more irresistible. I live for his open-mouth grins, which are increasingly easy to coax out of him. 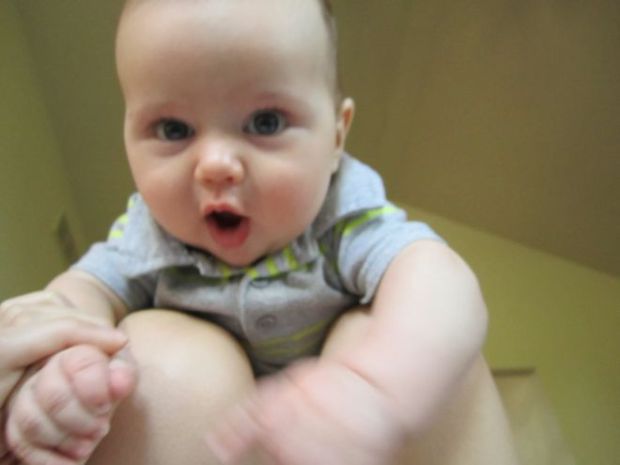 In the past month he has really developed his grabbing skills, and now always wants to have either something in his hand or his hand in his mouth. He loves the pacifier – and can both remove it from and sometimes replace it in his mouth – and has increasingly started to suck his thumb. He was a drooly McDroolerson in month four, but has dried up a bit in month five. Now his slobber is mostly from trying to suck on his fingers. 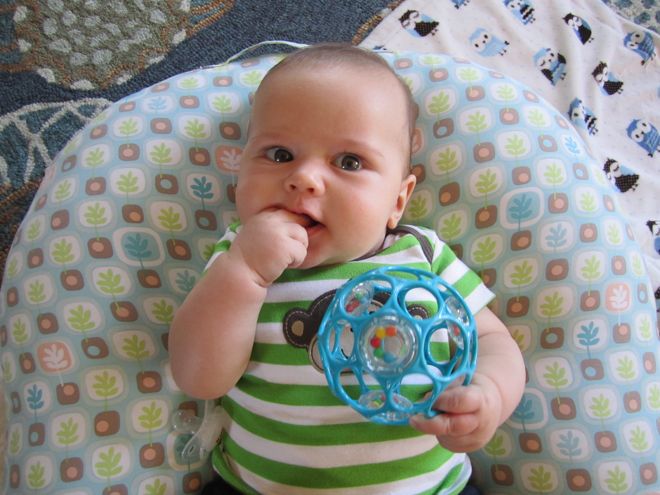 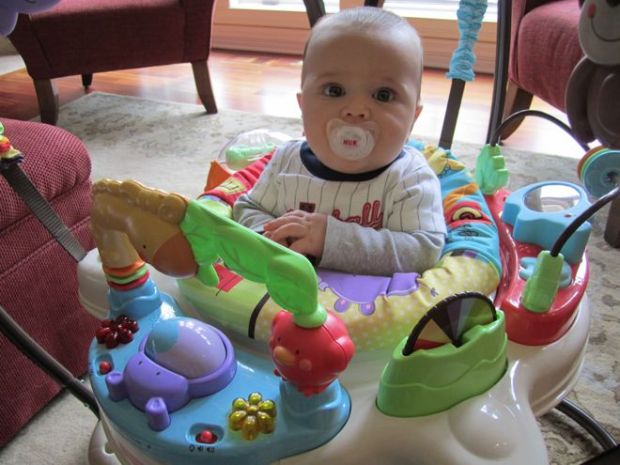 A few weeks ago my mom bought Corban a Jumperoo and we all sat around, eyes glued to him like he was a zoo exhibit, waiting to see his reaction as he played in it for the first time. He was a little overwhelmed by the sounds, flashing lights and toys, but now he has fun grabbing at the toys and bouncing. He loves to stand on his chubby little legs (assisted, of course) in our laps. 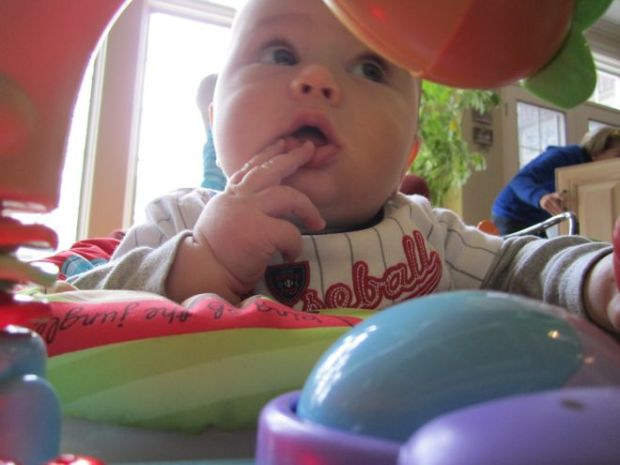 It has been amazing to watch this tiny human develop thus far. A month ago it was hard to picture him being coordinated enough to roll over, and now he’s got his method down: turn head to the side and look back as far as you can, reach arm over until torso is flipped over then let legs follow. He still loves to play and kick on his back, but at night he usually ends up on his stomach. 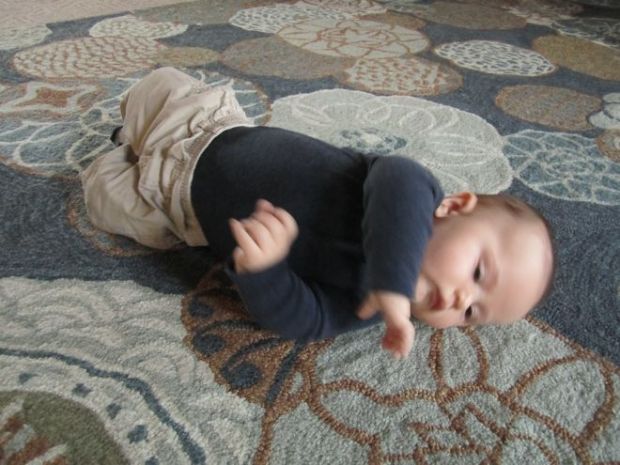 (Above: Unsuccessful attempt at rolling over on April 17. Below: Rolling like a pro on May 3.) 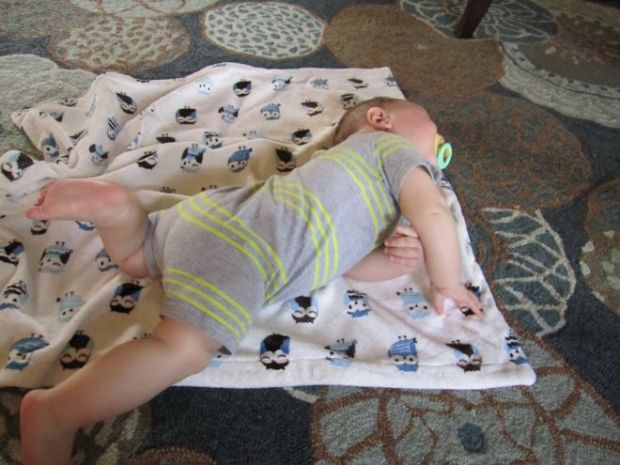 Speaking of nights, while he still wakes up to eat at least once, he enjoys sleeping in in the mornings (just like Mom). I’ll often bring him into our bed when he wakes up between 6:30 and 7:30 a.m. and he usually falls back to sleep until 8:30 or 9 – one time he even slept until 10:15! Um, yeah, he definitely takes after me. 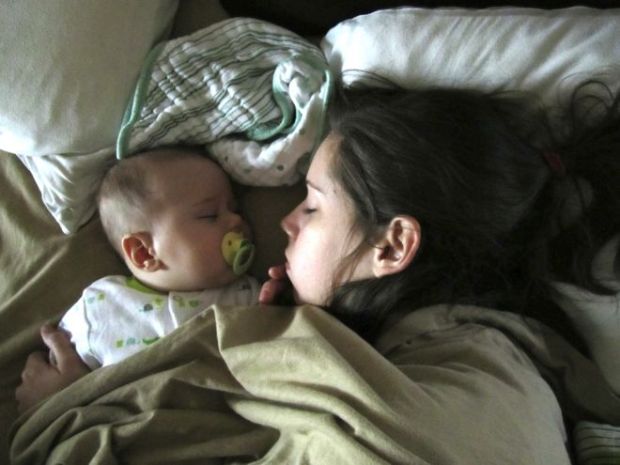 Our four-month pediatrician visit was all about starting solids. I’m holding off though, partly because the American Academy of Pediatrics recommends exclusively breastfeeding until 6 months and partly because I’m not yet ready for the added work of food prep, feeding and cleanup. Of course, Corban is also still doing just fine on breastmilk alone, so I think we’re fine waiting another month. I am excited to see his reaction to it! 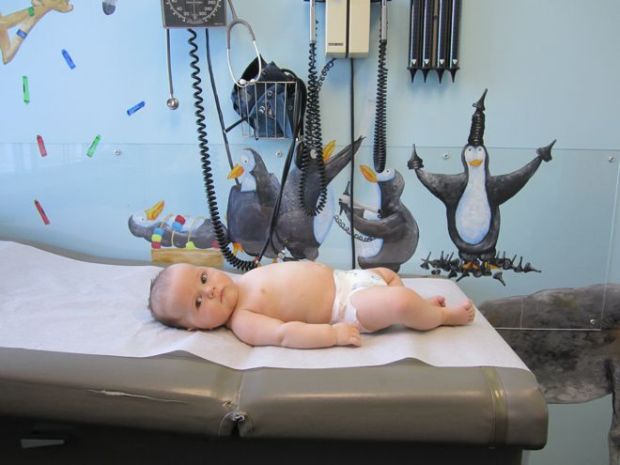 Overall, we’re at a really lovely stage in our parenting journey. I know things will get more challenging once he starts moving and eating real food, so I’m trying to enjoy this time of convenience where we’re beyond the no sleep, crazy newborn time, into the interactive smiling and laughing stage, but not quite to the chasing and constantly entertaining stage. 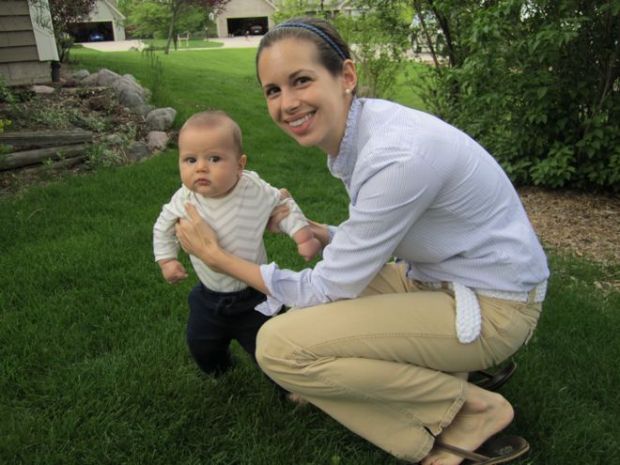 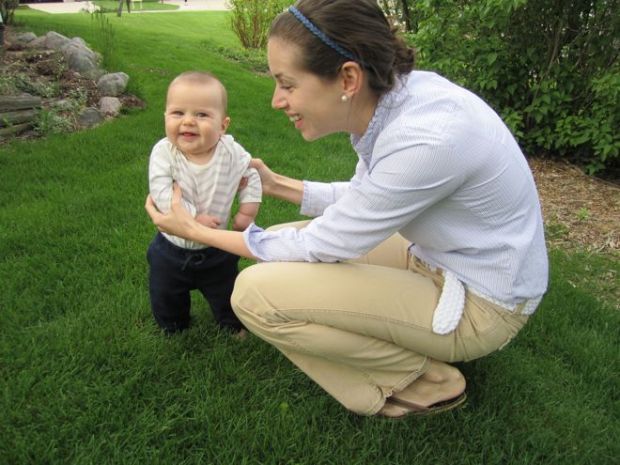 It’s hard to believe that one year ago on May 6th, Peter and I stood in the bathroom of a hotel room in Cincinnati and stared in disbelief at a positive pregnancy test. My, how a year can both seem like a lifetime and yet whiz by before you realize it. I love rewinding my mind to that weekend and remembering how simultaneously shocked, terrified and excited I felt. It seemed so surreal, and yet one year later that miniscule embryo is the boy I kiss every single day. God is good. 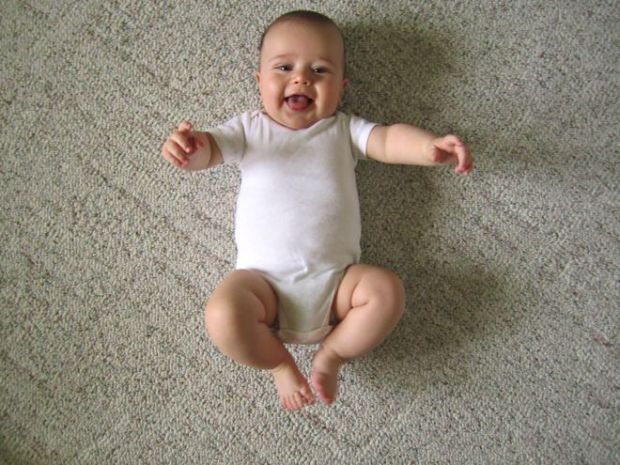 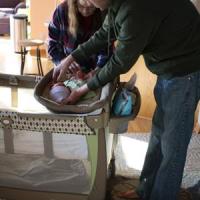 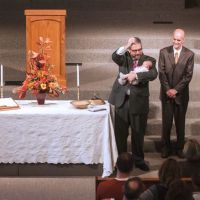 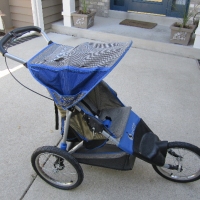 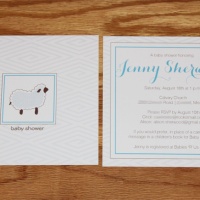 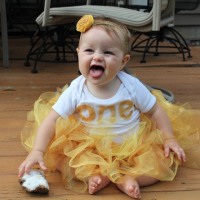